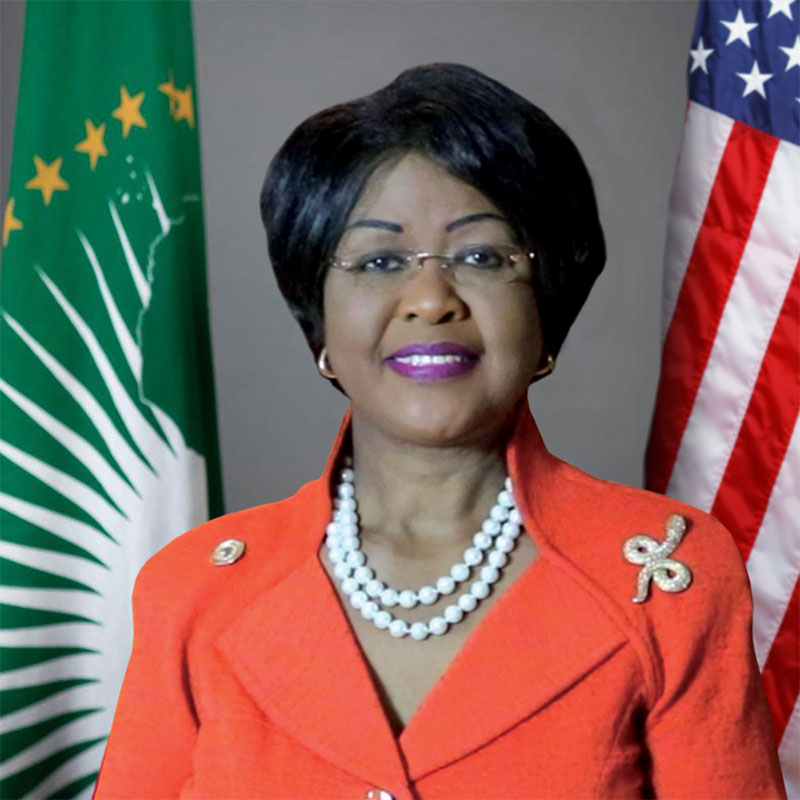 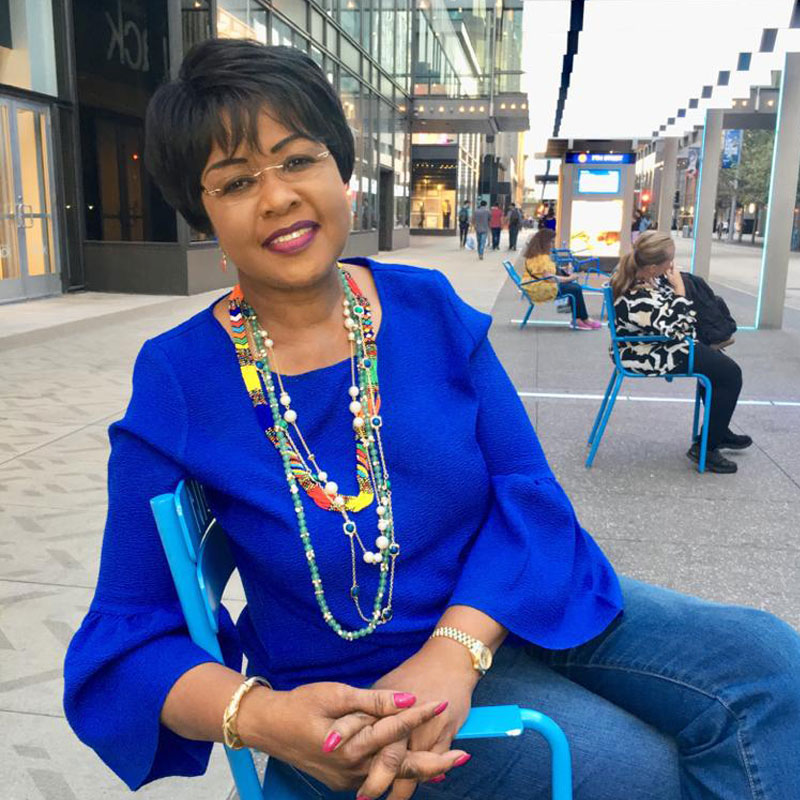 Her Excellency, Ambassador Arikana Chihombori-Quao, MD is a medical doctor and activist. She is an author, public speaker, educator, diplomat, founder of medical clinics, and an entrepreneur. She moved to the United States from Zimbabwe where she grew up. She is the CEO and founder of Bell Family Medical Centers in the United States. She holds a Bachelor’s Degree in General Chemistry, a Master’s Degree in Organic Chemistry, and a Doctor of Medicine Degree.  In addition, she was a family medicine specialist in Tennessee and practiced medicine for 29 years in Murfreesboro, Tennessee.

In her role as Permanent Representative to the African Union Mission in Washington DC, Her Excellency, Arikana Chihombori-Quao, MD worked tirelessly towards fulfilling her mandate which was to undertake, develop and maintain relationships between the African Union and the Executive and Legislative branches of the US Government, the African Diplomatic Corps, the Africans in the Diaspora and the Bretton Woods Institutions. This was specifically in relation to the implementation of the African Continental Free Trade Area (AfCFTA) and advancing the priority areas of Agenda 2063. In fulfilling this Mandate, she brought renewed energy to the AU Mission as well as new ideas and programs that were implemented since her appointment in 2016 to her departure in 2019. Her efforts at mobilizing the Diaspora as people of African descent and not as citizens of any single African country is unprecedented and exemplifies her ability to unify people around a common goal, speaking with one voice as one Africa and one Continent.

Even prior to her appointment as AU Ambassador, her contributions to the cause of Africa had earned Her Excellency, Arikana Chihombori-Quao, MD many prestigious honors and awards. Two of her most cherished ones are an achievement award received in 1996 from the incumbent President at the time, H.E. the late President Nelson Mandela of the Republic of South Africa and the African Woman of Excellence Award in July 2015 during the AU Summit in Johannesburg, South Africa. She received this award alongside 15 other prominent African Women including the former President of The Republic of Liberia, Madam Ellen Johnson-Sirleaf, the former President of The Republic of Malawi, Madam Joyce Banda, and Mrs. Winnie Mandela, former First Lady of the Republic of South Africa.

She has firmly established herself as an advocate for women. In 2012 at an international conference for women, Her Excellency, Arikana Chihombori-Quao, MD represented Africa in Mar-Del-Plata, Argentina where she delivered a rousing speech on Violence Against Women. During this meeting, she shared the stage with two Nobel Peace Prize Winners, Adolofo Perez Esquivel from Argentina and Rigoberta Menchu from Guatamala.

In addition to the above honors, during her 3-year tenure as AU Ambassador to the United States, Her Excellency, Arikana Chihombori-Quao, MD won over 70 awards and attestations from various organizations within the Americas including Ambassador of the Year from Howard University. She also received numerous recognitions from Members of Congress as well as Governors, Mayors, and County Executives from across the United States. In January 2020, after being featured having “A Profile in Courage”; Her Excellency, Arikana Chihombori-Quao, MD was honored to be named 2019 Person of the Year by The Guardian Newspaper which is the largest Newspaper in the Federal Republic of Nigeria. Nigeria is the largest country in Africa with a population of over 200.96 million people.

She is married and the proud mother of 5 children.